The Elegant Art of Reframing

“Very little is needed to make a happy life; it is all within yourself, in your way of thinking.” — Marcus Aurelius

Reframing or “Cognitive Reframing” is a real-world superpower.

In this article, you’re learning:

But, before we get to reframing, let me tell you an insightful story about my dog and my grandmother. It was my first step in that direction and it can help you puzzle how it all works yourself.

Life is a matter of perspective

My grandmother is the most caring person I know. I’ve never seen her hurt a living thing in my life (besides moles, she did guard her potatoes with fierce conviction). She is also never scared of any animal (including snakes which I found extra scary as a kid).

So, I take this wonderful lady that loves and enjoys all animals and introduce her to my dog — Asta.

He happily starts running towards her, ears in the air, excited to say “hi” to a new human (the ball of cuteness just loves new humans). You know, dog stuff.

What happened next surprised me.

My grandmother shivered in horror.

To me, Asta was my pet — I’ve seen him grow, I’ve fed him, I know he’s the nicest and friendliest dog. He was happy and excited to me.

Luckily her past trauma was not that severe and was quickly overwhelmed by the puddle of love that Asta is. But the lesson from the experience — that stuck with me.

It’s funny how subjective our perception is and how objective we think our judgment can be.

The power of perception

To understand how powerful perception really is, we’re going to explore how it can profoundly influence people in an extreme situation.

The Holocaust was a dark time in human history. If anything the atrocities during the holocaust proved our capability for evil and the genuine need for us to strive to be better every single day.

A lesser-known fact about survivors of the Nazi concentration camps is that liberation didn’t always end their suffering. Many survived as shells of their previous selves. Few recovered from that.

After all, it’s only natural to hide in a small dark corner of your mind when faced with such terrible pain and horror. I can’t even begin to imagine what those poor souls went through.

But one of those survivors is Viktor Frankl. A man who spent 3 years in 4 different concentration camps, losing his mother, brother, and wife in the process. This brutal experience, in a twisted way, helped him peer deeply into the human psyche.

He noticed that there was a difference between the ones who lived after the camps and those who barely survived. It was their sense of purpose.

His own purpose or the thing that kept him sane was that he had an important manuscript to finish. He not only survived and finished that manuscript but it later became one of the most influential books of the post-war period — Man’s Search for Meaning. The theory in it also became the basis of his psychological theory, called logotherapy (which advocates for an approach towards life very similar to the Japanese Ikigai which was popularized to the western world a few decades later).

“Between stimulus and response there is a space. In that space is our power to choose our response. In our response lies our growth and our freedom.”

And while choosing your response might sound like a matter of willpower or discipline, I advocate for a different approach — reframing.

The most profound thing about perspective

One of the most influential Stoic philosophers was Marcus Aurelius. The man was a living god, the Emperor of the Roman Empire. Whatever he wished for — he could have. He had power and wealth that could corrupt anyone… but not him.

Marcus Aurelius, the last of the Five Good Emperors, ruled by wisdom and virtue. From his diary we know that was anything but easy — he constantly admonished himself to be more virtuous, to be more just, to be better.

His diary survived to this day and is now known as his Meditations. In there he states:

Realizing that gives you power. The power to find your own happiness, strength, or mental fortress against any horror.

Reframing — the power to control your perspective

Reframing as a concept is deceptively simple — you take a situation or event and look at it from a different perspective.

By observing the same thing from a different position — you can see more of it. You can understand it better.

By bettering your understanding, you can make better decisions.

“Greg was incredibly rude to me today” can easily be perceived as “Greg is a complete asshat. He is always going to be rude and he will never learn.”

“Greg was incredibly rude to me today” can also be perceived as “Greg was exceptionally rude today. Something must have stressed him for him to behave like that.”

And, of course, Greg might just be a rude person, but by allowing yourself to perceive things in this way, you allow the possibility for a “good Greg” to exist. And that can massively influence your relationship with him.

How to reframe your thoughts

For you to reframe something, the following sequence needs to happen:

As you can see, the process is not difficult to understand. But implementing it can have challenges.

An easy starting point to practice reframing is to take any old memory that torments you and reframe it to remove its’ power. Painstakingly revisit your memory and observe it from different angles — the more you understand it, the less powerful it will become.

That is a good tool for helping you understand and process situations in your past that you’re not happy with. It’s a good practice and can be tremendously helpful, but it’s just scratching the surface of what you can achieve by reframing.

Now, the real power of reframing situations is in making decisions — in conversations and day-to-day life. Imagine being able to find the perfect answer in any situation. That’s what we aim towards by learning how to reframe.

For that, you’ll have to take the exercise in which you reframe a memory and start doing it before making decisions in your daily life.

But that’s easier said than done. The steps are simple, but there are two massive challenges that you will face by trying to do this habitually:

We’ll tackle both of those below.

Dealing with the pitfalls and getting started with reframing

For reframing to become more than a sporadic tactic, you want to integrate it into your habitual decision-making. The first time you do that, you’ll quickly find out something.

You’ll find that you constantly forget about it.

How to remember to reframe

As someone who pedantically works on his mindset day in and day out, I get it. That’s how most mindset shifts start and that’s where most unsuccessful ones fail.

The thing is, when you’re making decisions — you’re usually not using your higher cognition to do so. Most decisions are intuitive and emotional. Not logical.

Trying to logically integrate a new idea in that process is like switching the switch in the other room and waiting for the microwave to boil some eggs. It does not work that way!

You keep the idea of reframing in your subconscious mind. It is, after all, what does most of the decisions and thinking for you, so it makes sense to leave that to it.

But now we’re faced with a different issue:

How do you insert a thought into your subconscious mind?

This once, fortunately, is much easier to answer:

You think about it very often.

Another deceivingly simple solution but a very effective one.

So, find ways to remind yourself that you’re to try reframing while solving problems. Do this often and consistently; think about it and you’ll soon start doing it.

Write the problem down, put hourly reminders on your phone, or even ask your significant other to nag you about it.

This brings us to the second problem you’ll soon encounter:

How to know what perspectives you can look at something from

Most interactions have a certain duality to them. I’ve been a software engineer for 12 years now and it took me a long time to realize that.

Then, my first startup failed because we couldn’t work together well enough. And I knew better.

Now, I was looking at my code, yes, but sometimes I was also looking at my team. I learned about teamwork, read about management, and worked on myself to become a better communicator. If my team was not really collaborating, things wouldn’t work out. Even if my code was perfect, the project would fail. Note: if you happen to be making games in Unity — you can find my updated code here (open source).

Then, my second startup failed. We couldn’t sell anything. I finally knew better.

I was still looking at my code and at my team but, now, I added the customer to the picture too. That person needed to enjoy and buy whatever we were making.

Then I learned about marketing and sales — now I had to look at programming, teamwork, the customer, our marketing, and how we sell.

Using those skills and having a broad perspective, I was able to create an amazing career path.

So, how do you do that yourself?

Learn new things to gain perspective. Learn more than just about your core skillset. Find a way to explore your interaction with your customer end to end. Note: Yes, you DO have a customer somewhere down the line!

And this covers mindfulness and learning. Let’s wrap this with some practical tips!

This article is already pretty detailed, so a short and sweet list combined with your current knowledge should be enough for you to get a good starting point:

Those should be enough to boost your skill from zero to superhero in no time.

What are your tips for reframing?

Have you used it in your day-to-day life and how it has affected you?

I’d love to talk about it, so shoot a comment down below or join the Discord community and let’s talk!

I finish this article as it started. I hope you find more meaning in those words now.

“Very little is needed to make a happy life; it is all within yourself, in your way of thinking.” — Marcus Aurelius

Thanks for reading and Stay Awesome! 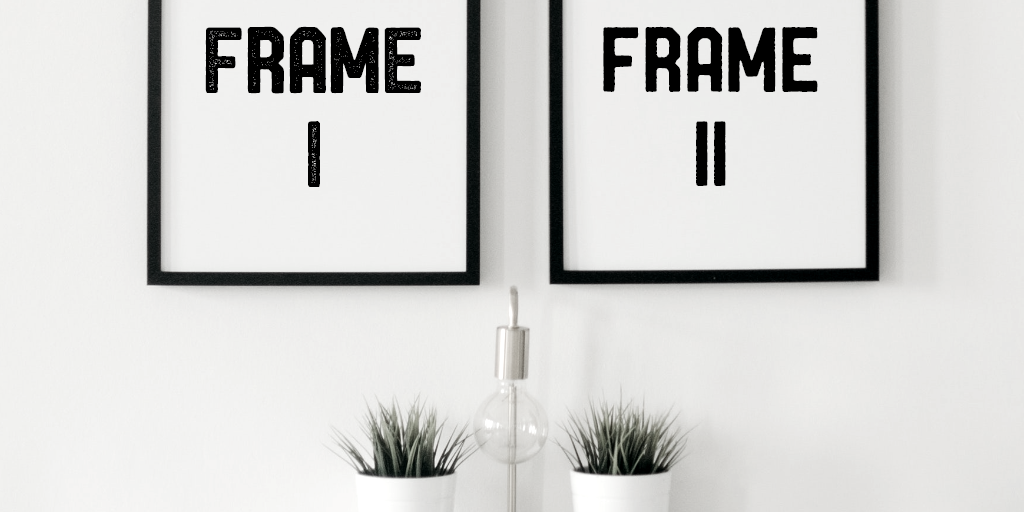 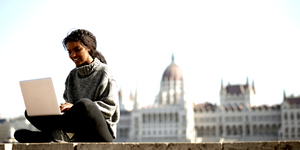 
Breaking Away: 7 Careers That Will Allow You To Travel


How to fight your helplessness? 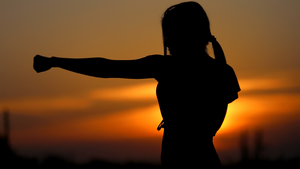 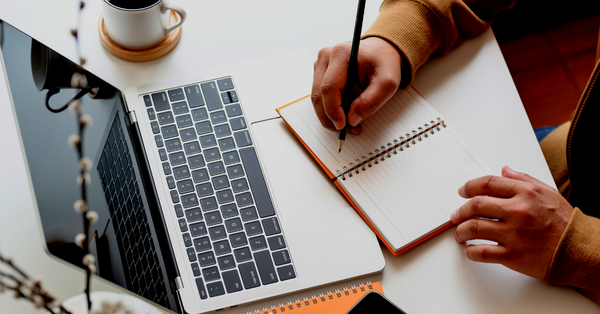 The one skill we don't talk about (& we should) 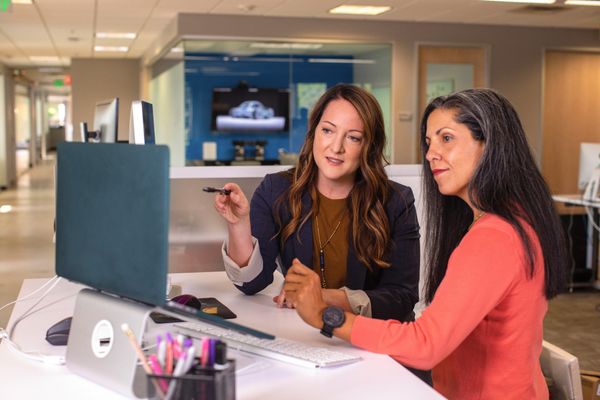 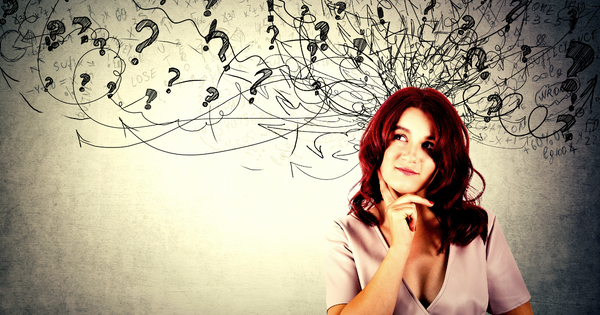 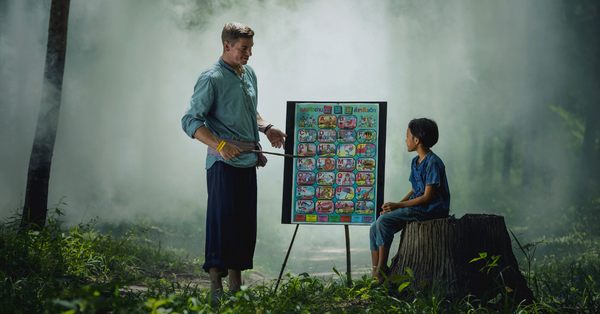 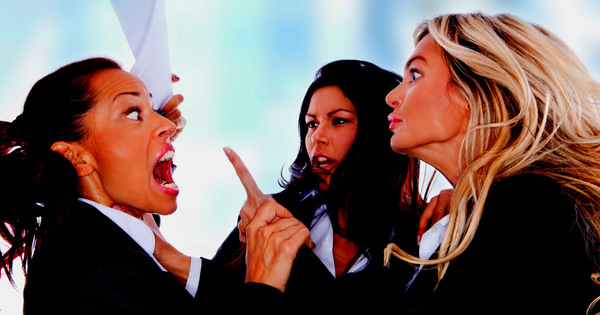 5 Rules on How to Deal With and Learn From Conflicts 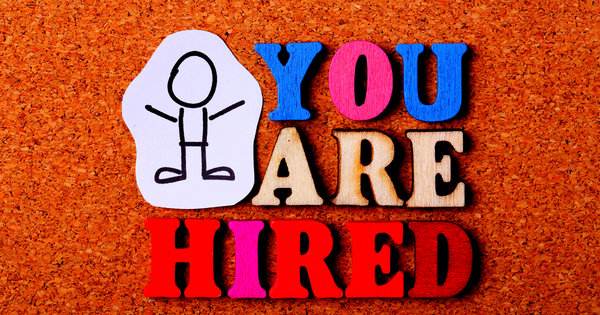 Get hired with outstanding communication. Tips and tricks to land your dream job